By Mike LunsfordMarch 30, 2020No Comments

Elijah had reached the end of his rope. Queen Jezebel determined he should die by the same fate as the priests of Baal. Fearing for his life, Elijah fled to the wilderness where he hid under a bush and prayed to God, saying he could go no farther and wanted to die. An angel woke him twice with food and drink to give him sustenance for his journey. He then traveled 40 days and nights to Horeb, the mountain of God, where he rested in a cave. Then God came to him, asking, “Why are you here?” Elijah expressed his frustration and fear to God. To which God replied, “Go out and stand on the mountain in the presence of the Lord, for the Lord is about to pass by.”

When Elijah left the safety of the cave, he witnessed a windstorm (tornado), earthquake, and a fire. It seems to me God was trying to make an impression, but maybe not the obvious one we would expect. Have you been in a severe windstorm? How about an earthquake? A fire? I’ve experienced intense storms, a Muncie earthquake in 1968, and seen the aftermath of fires. These all make strong impressions, difficult to ignore, and often cause us to ‘find God’ in the chaos. But that is not what happened with Elijah.

In this scripture, God speaks quietly AFTER the fireworks. Today, our media, social and otherwise, does its best to sensationalize their message. Our work life and social obligations are loud and demanding most of the time. How easy it is to become numb to hearing anything that does not jump out at us like a storm, earthquake, or fire.

What can we learn from Elijah?

Just this week, we returned from an extended time away. We had lots of company while away, and on our return, I felt there was lots of work at the office. Nicci was spending the week helping with our new granddaughter, which left me some alone time. After all the company and so little time to unwind, I was looking forward to relaxing and catching up at work.

However, my son and his family invited me over for burgers and a movie with them on Sunday evening. My mind was all set to work on things around the house and maybe do some reading and prep for work the next morning. God just kept making me uncomfortable with the decision to stay home. I thought there were things I had to get done. Having a hamburger and watching a movie geared for a 6-year-old was not in my plan. But, this “still, small voice” in the background kept saying, “are you sure”? My distinct sense of discomfort with my plan became more and more pronounced until I finally said, “OK God, I will go.” The “noise” I was hearing was all about my program and schedule. It was about what I thought I wanted.

The meal was excellent and topped off with one delicious chocolate cookie and milk. The movie, “The Spy in Disguise” was actually pretty good. Keegan cuddled up with his mother. Biscuit, their 75# golden doodle, was all over the place, but mostly in my lap. When Biscuit finally moved, Keegan snuggled up to me, and it because obvious why God wanted me there. His still, small voice led me to the exact place I needed to be. 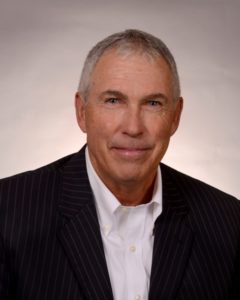 Mike Lunsford and his wife, Nicci, live in Yorktown.  They have been at Commonway for six years.  Mike has been in the real estate and development business most of his working career and continues to enjoy the interaction and involvement it provides.  He enjoys time with Nicci and family, golf, working out, and traveling to new places.

Join us for Sunday at 10:00am for worship at https://commonway.churchonline.org

Mike Lunsford and his wife, Nicci, live in Yorktown. They have been at Commonway for seven years. Mike has been in the real estate and development business most of his working career and continues to enjoy the interaction and involvement it provides. He enjoys time with Nicci and family, golf, working out, and traveling to new places.